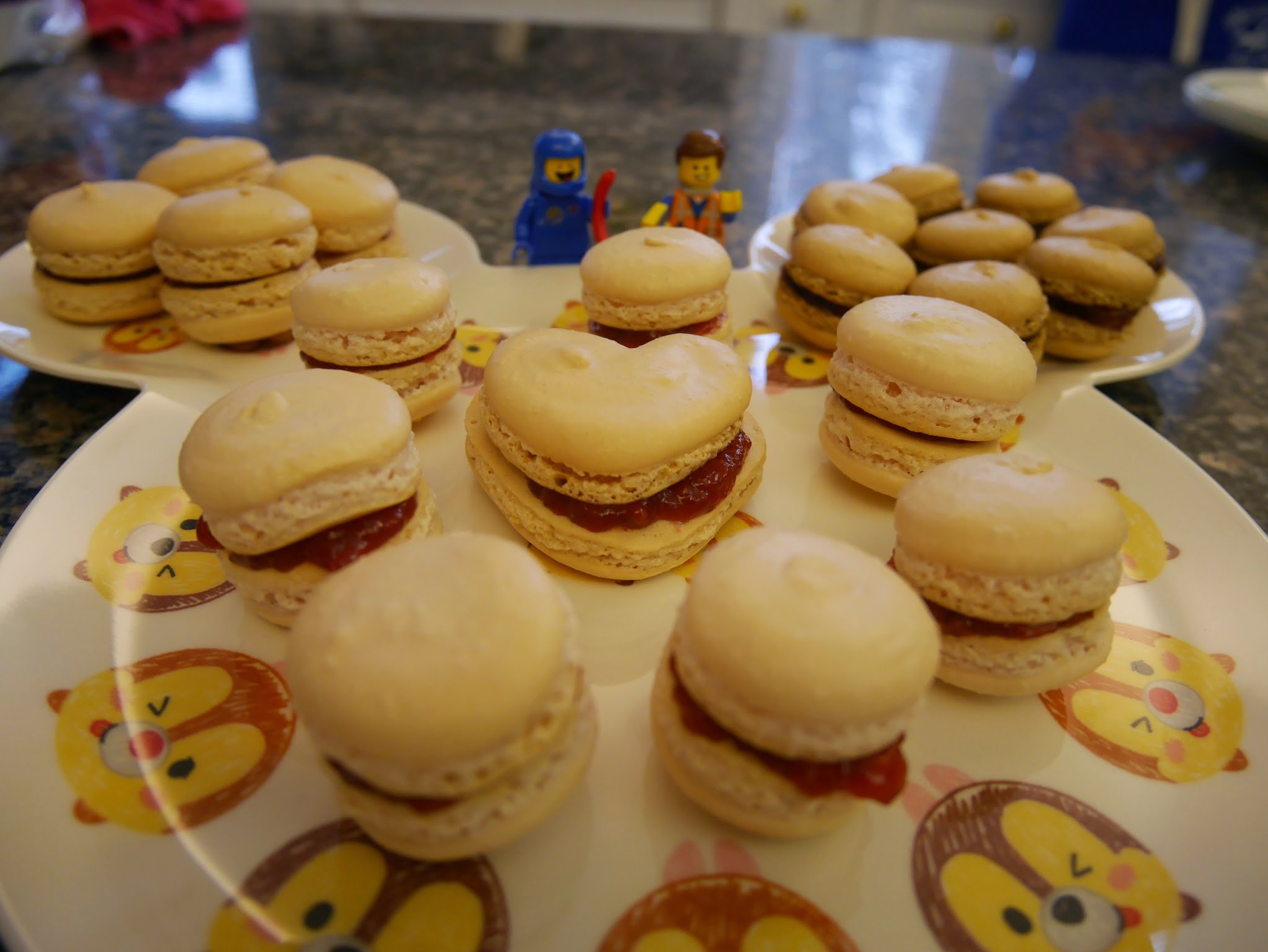 Macarons…those yummy crunchy sweety French sweets, one can never have enough of them! Too bad they are very pricey too, and it will make your wallet very skinny if you want to get fat by eating macarons.

Solution? Make your own macarons!

Making macarons is actually not too difficult, so the Puffys attempted to make them for our Christmas dinner.

The result? The less said about it its better 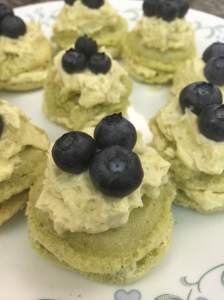 (Failed macarons, covered with buttercream so it looks more decent) Note that we used liquid egg whites instead of real egg whites, which is probably why the beaten egg white never looked stiff.

So the first thing in 2015 the Puffys did was to make successful maracons! This time we made raspberry macarons and it was a success! 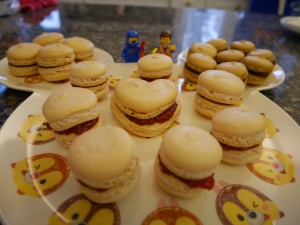 To make sure the egg white will be beaten well, 2 days prior we took out the egg whites and age them at room temperature:

These are what is needed to make the raspberry maracons:

This is actually the most tiring and tedious part of the process. The idea is the grind the almond flour and icing sugar to as fine as possible, so that the macaron will be smooth. We used the rotating sift, and the big chunk we used food processing for further griding. At the end there are around 1tbsp of almond flour that cannot be sifted.

Tips: Using sieve and scraper will work too and maybe faster than rotating sift!

This is a very important step and it is why our first attempt failed. Combine the egg and graulated sugar together, beat for at least 10 minutes until the egg whites are stiff.

At end the egg white should be stiff enough so even if upside down it would not fall over your head! (as demo by Emmet xD)

Add food colouring to make the macarons pretty (be sure to add more, our batch is definitely too light coloured)

After egg whites are done and the almond/sugar mixture is sift, the next step is the fold them together! 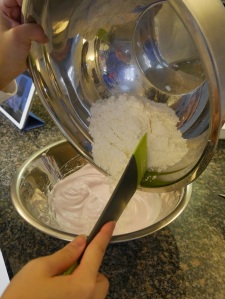 We actually counted out loud to make sure we do around 40 folds! 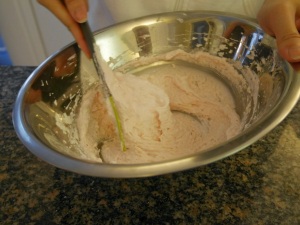 At the end if the mixture is lava light, it is ready to be pipped! 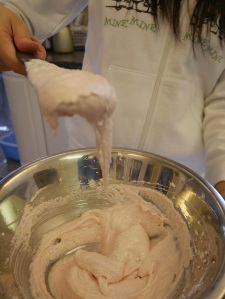 This is the fun step, using a pastry bag and a 1cm tip, make the batter into beautiful circles (or heart shapes)!

Hit the pans against the countertop hard to make sure the shape are stable. Let dry for around 15 mins before baking.

Put the baking sheets into 350 degrees over for 13 mins. Make sure to rotate half way. Watch closely in the last 2 mins to ensure the macarons won’t be overcook and burnt!

When they are done, take them out and cool before touching! Tada! You will have beautiful macarons!

Add fillings, and you are ready to enjoy these wonderful French sweets!!

The best part is that they are fairly cheap to make! We were able to make around 3 dozens, and the total material cost is only around $5, which is around only 2 macarons from outside bakery! 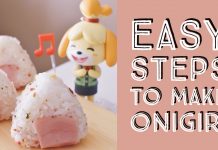 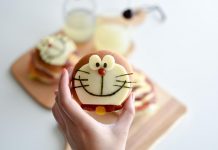 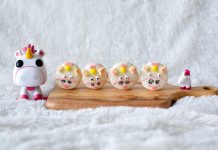 How to make Fluffy Macarons: Unicorn from Despicable me! 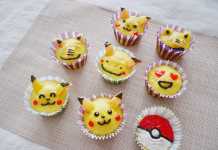 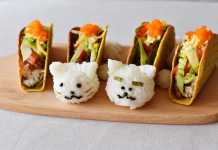